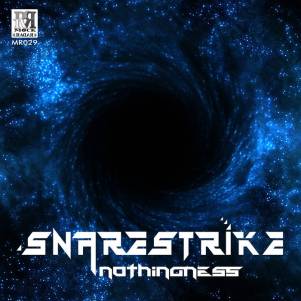 Coming hard out of Ghouda the Netherlands, Snarestrike should need no introduction to seasoned esoteric audiophiles, being one of the founding crew members here at MockRadar.  Snarestrike has been a driving force behind the Darkstep sound for over a decade now and shows no sign of reigning in his signature complex rhythms and namesake acidulous snares.

Experience Darkstep at it’s defining height’s with an original purveyor of the oft imitated sound that formed on message boards and mailing list’s in a scene who’s sinews can be found as integral components in many of today’s modern underground music styles.  We here at MockRadar are proud to continue this heritage with a true gem from a subterranean maestro and wish you to experience part of the legacy we all share as eclectic electronic enthusiasts.